As children, we are strongly advised against taking candy from strangers, but the lesson doesn’t stick. The grown-up version of that — taking alcohol from strangers — is something many of us do carelessly and often, particularly when underage.

That’s the underlying premise of Ma, in which a seemingly kind middle-aged veterinary assistant takes a gang of teenage delinquents up on an offer to buy booze for them from a nearby convenient store. Soon, “Ma” becomes the town’s go-to Fireball distributor for not just these five friends, but every teenager in town looking to get faded. Ma also provides a convenient place to party — her basement — obliviating the need for anyone’s parents to go out of town. (Do parents of high schoolers really go out of town as often as they do in teen movies? I don’t remember that ever happening. But never mind.) Ma loves to party, even though she rarely drinks, and is game to serve up pizza rolls and dance the robot. She’s like a mother who encourages drinking rather than prohibiting it — except, of course, she doesn’t have her newfound babies’ best interests at heart.

(Mild spoilers for Ma ahead — but only the things that don’t work in the first place.)

To the kids, Ma’s a fun, convenient novelty; they enjoy her as they would a meme, and then hope that, like a meme, she’ll go away. But blocking texts from Ma and skipping out on her parties doesn’t get rid of her, the way it might one of their peers. Flashbacks depicts Ma’s days as the bashful nerd Sue Ann, who began what she thought was a hot fling with a sexy jock back in high school, only to find herself given a variation of the Carrie treatment. Ma is basically the story of what would happen if Carrie White hadn’t developed that handy telekinesis, and instead waited a couple extra decades for her homicidal tendencies to kick in. Her old nemeses are still in town, too, with teenage kids of their own — who happen to be the very kids who she’s opened her heart — and her basement — to. Let the party commence!

Ma is directed by Tate Taylor, who showed only middling talent as a filmmaker in The Help and The Girl On The Train, and does the same here. His strength seems to be showcasing compelling performances from formidable actresses, which is how Octavia Spencer won her Oscar. As Sue Ann, Spencer is given a few fun, loopy moments, but the script by Scotty Landes isn’t up to the task. Its structure gives away the gambit too soon, letting us know Ma is looney tunes almost immediately after we meet her, and constantly cutting back to show us what she’s up to instead of leaving us to wonder along with the kids. Ma is a lot more interested in Octavia Spencer than the five young actors cast as her intended victims, and can you blame it? But that’s the thing about a suspense thriller — it should leave us in suspense. Instead, we wait for its characters to catch up to what we’ve known all along — at which point, the film hits the gas (literally, in its abrupt first kill scene), zooming through what might otherwise be a second act.

And most of it plays just fine, especially the nasty little climax in Ma’s basement. But there’s one out-of-left-field plot twist that essentially derails the entire movie, turning Ma into another sort of horror villain entirely — less Sissy Spacek as Carrie White, and more Piper Laurie as her mother, Margaret. It’s a baffling development that undercuts everything the film was building to before — Sue Ann, the lonely loser, finally getting the popularity she think she deserves, then stopping at nothing to preserve it. Ma can’t decide if it wants to pose Sue Ann as motivated by FOMO from her teenhood trauma, or belated revenge against the cruelty of her peers, or if this is a half-hearted spin on Mommy Dead And Dearest, so it has Octavia Spencer play all of these characters, with mixed results.

Race plays a curious role in her identity crisis — most likely because it wasn’t part of earlier drafts of the screenplay, when Ma was envisioned as white — with Sue Ann lusting after several hunky teen boys throughout the course of her life. (It starts off as age-appropriate, and then… not so much.) As she exacts revenge against the new friends who ghosted her, her interactions with both white boys are carnal in nature, but she’s dismissive of the black kid because of his race. It’s a throwaway moment in a film that otherwise barely raises the issue at all, and even though young Sue Ann’s tormenters never say or act like their cruelty is based on the color of her skin, the unspoken subtext may make Ma‘s backstory more psychologically interesting. But to go there so briefly just raises a lot of uncomfortable questions — the sort of questions a movie like Ma wouldn’t dare to begin answering.

Flashbacks to Sue Ann’s childhood are a lazy way to explore her psyche. Ma would have been better off giving the teen angst to its underdeveloped core quintet — nice new girl Maggie (Diana Silvers), thoughtful Andy (Corey Fogelmanis), partyman Chaz (Gianni Paolo), queen bee haley (McKaley Miller), or black Darrell (Dante Brown). (I’m sorry to have to describe him that way, but Ma doesn’t give him any defining characteristics.) Ma’s anguish could have come out in some parallelism with what’s going on with these kids, but it oddly avoids having her become emotionally involved in any of their lives. She spends as much time stalking her old classmates — played by Juliette Lewis, Luke Evans, and Missi Pyle — as she does with her new party pals, and you’d think she’d devise some tit-for-tat torment against their kids, to hit them where it really hurts. Instead, Ma wades into Misery territory, with Spencer emulating yet another crazy bitch from the big screen, at which point we lose any grasp we ever had on what she’s trying to accomplish here. Usually a thriller villain has some vague notion of how they’ll get away with it. Ma wraps up quite abruptly, too, as if Taylor lost any interest in his characters once Spencer was off screen, and there’s an awful lot that’s left unresolved; in fact, now that I think of it, every single character who dies is never mentioned again.

In the end, Ma is a waste of a recent Best Supporting Actress winner — but not Spencer, who’s plenty watchable here, and plays nicely against the Help-type roles she’s been typecast into. Actually, it’s Allison Janney, who inexplicably appears as Sue Ann’s justifiably snappish boss. Her total screen time can’t be more than a couple of minutes, which led me to think that she probably signed on because she’d get a killer death scene. The way that turns out is one of Ma‘s biggest disappointments, exemplifying all its other issues. Taylor isn’t a terribly adept director of horror; it’s easy to imagine a filmmaker with more panache pulling quite a bit more out of this premise, since the potential’s all here. In casting a three-time Oscar nominee in its title role, Ma is clearly aiming for elevated trash. It misses that mark, working only in fits and starts instead. I enjoyed the time I spent with Ma and its game cast, a mix of established, much-lauded performers and engaging new talents. It’s certainly never boring. But I wanted it to be the kind of trash I can recommend with a straight face — an only-slightly-guilty pleasure. 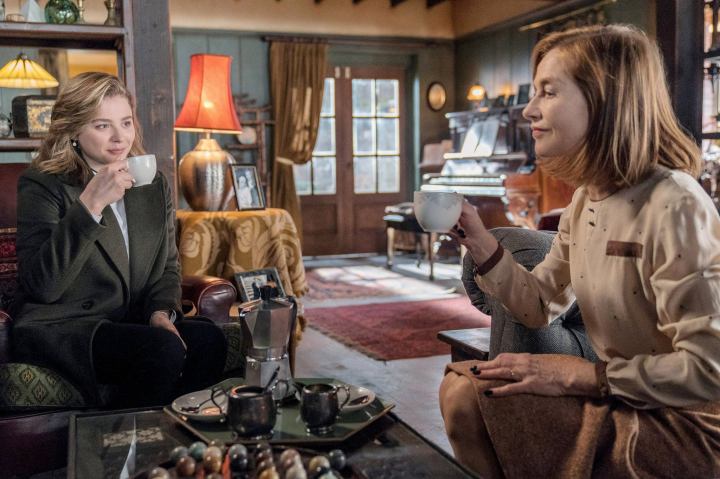 Like Ma, Greta stars a beloved and much-acclaimed actress of a certain age as a lonesome psycho bitch who goes all Single White Female on an unsuspecting Gen Z beauty. In this case, the actress is Isabelle Huppert, and her foil is Chloe Grace Moretz, and their director is Neil Jordan, who gave us The Crying Game and Interview With The Vampire — so we’re already off to a better start. In the film, Grace Moretz’s Frances moves to New York, still grieving her late mother. Perhaps because she’s new to the city and still naive, when she finds a forgotten bag on the subway, she goes out of her way to return it to the owner — who is, of course, the titular Greta, played to perfection by Huppert. Greta is less obviously batshit than Ma’s Sue Ann, and once Frances does catch on that something’s not right, she wisely makes her exit from Greta’s life. Of course, Greta isn’t having it, resulting in the fun of Greta using modern day technology to terrorize Frances and her roommate. (Imagine if Fatal Attraction‘s Alex Forrest had a cell phone!)

Greta’s backstory is relatively simple, and leaves plenty of room for mystery. We learn it along with Frances, as we should in this kind of movie. Greta isn’t exactly plausible, but it makes sense moment by moment, and it doesn’t bite off more than it can chew. We spend plenty of time with Frances and her BFF Erica (Maika Monroe), who are appropriately creeped out by Greta’s escalating clinginess and take appropriate precautions in response. The script, co-written by Jordan with Ray Wright, does what all the best thrillers do — it lets its victims be intelligent. Suspense never works if the characters could get themselves out of mortal danger with a single rational thought. But in Greta, Frances and Erica do pretty much what we think they should do in this situation. But the crazy bitch keeps coming back.

Greta isn’t high art, but it’s an elegant and enjoyable thriller, the kind of film we see much too rarely these days. Best of all, its third act offers a fun feminist twist on this whole “crazy bitch” subgenre. In most movies, our young heroine would have a budding romance with a boyfriend who would help kick some ass when things get violent. But there’s no love interest in Greta, which is content to let female friendship drive the story from beginning to end. This movie passes the Bechdel test in just about every scene, necessitating the need for a new test — something about two women talking to each other about something other than a man until one of them pulls out a syringe.

Greta is a not-so-guilty pleasure, a cut above Ma in almost every respect. (Ma gets the edge in salaciousness, which is a key ingredient in this sort of movie.) But it’s hard to be mad about any original story focused on a psychologically complex female these days, so if there’s more Ma coming, I’m here for it.

Let’s hope Greta and Ma are the backdoor beginning of a Cinematic Universe starring prolific awards darling actresses over 40 as faux-maternal lunatics who are out to terrorize Gen Z. (And if so, can I get the next few starring Jacki Weaver, Olivia Colman, and Juliette Binoche, pretty please?) 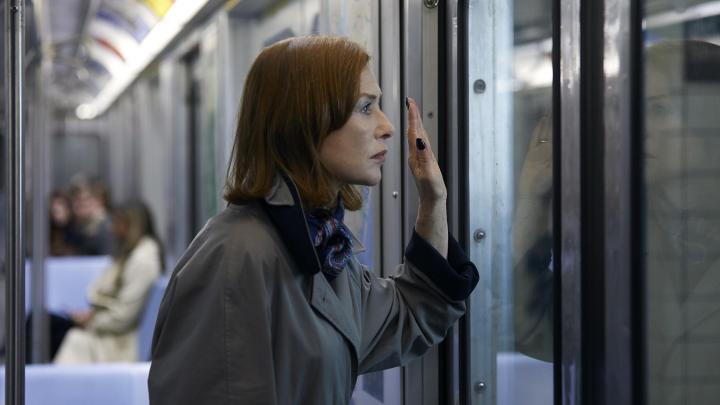 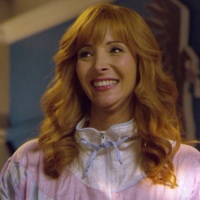