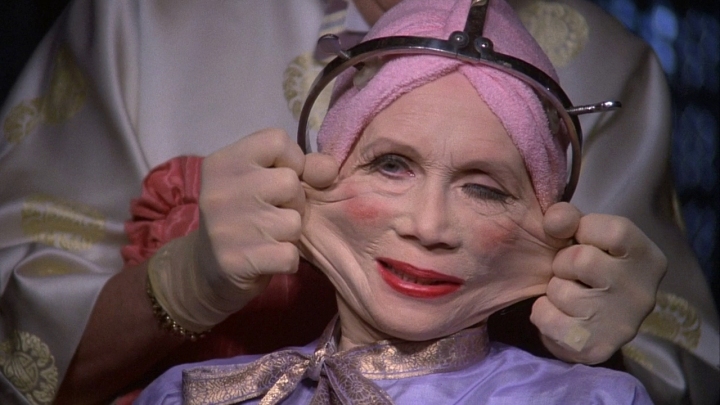 The 1980s may not have been quite as bleak as 1984 predicted, but the Reagan era did see plenty of doom and gloom in entertainment, from Mad Max and Blade Runner to The Terminator and RoboCop. In When We Were Young’s latest episode, Reel Gents podcast host Travis Dukelow joins us to dissect a cornucopia of dystopias unleashed in the 80s.

In Part One, we cover Terry Gilliam’s legendary Brazil (1985), which takes several cues from Orwell’s 1984 and adds a healthy dollop of drily absurd British humor. Jonathan Pryce stars as meek cog-in-the-machine Sam Lowry, whose heroic fantasies offer the only hope of escape from a dreary, duct-ravaged world — at least, until Robert De Niro shows up as the world’s most swashbuckling repairman. If your vision of the future involves Christmastime, lobotomies, plastic surgery gone awry, and terrorism, this is the dystopia for you!

Is it 1984 yet? Join us for this two-part dystopic extravaganza before the inevitable collapse of society renders podcasts obsolete!

Listen to the podcast here or find it on iTunes. 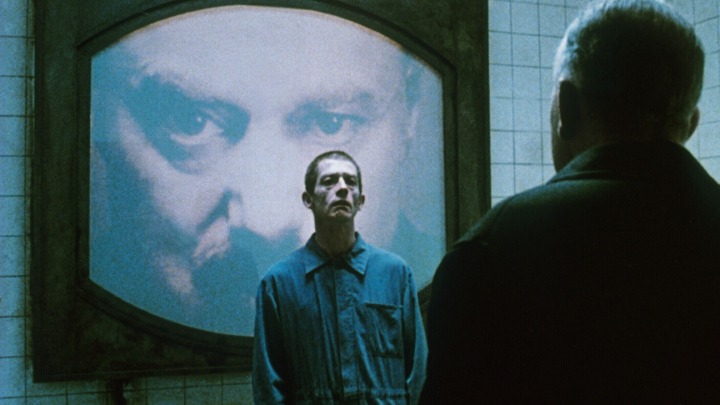 The idea for this podcast stems back to the fall of 2016, when a certain quote-unquote “leader” rose to power in the United States, in large part thanks to his authoritarian worldview and strongman rhetoric… and George Orwell’s 1984 became a bestseller over 65 years after it was published.

1984 follows Winston Smith in an imagined future where independent thought is “frowned upon” by authority… where sexuality outside of reproduction is restricted… where people live in fear of deviation from the norm… and where the government consistently lies to the populace, insisting that blatantly false things are true. Somehow, this is also the plotline of today’s Washington Post.

Orwell’s influence on political allegory and science fiction and possibly even our real daily lives can’t be understated. He created the idea of Big Brother, an entity that is always watching and monitoring its citizens… AKA Facebook. He imagined “doublethink,” the idea of holding two contradictory beliefs in one’s mind as correct, AKA Fox News. He invented the Two-Minute Hate, AKA every time I go on Twitter. (Inevitably, I stay longer, though I’d be mentally healthier if I cut it down to two minutes.) 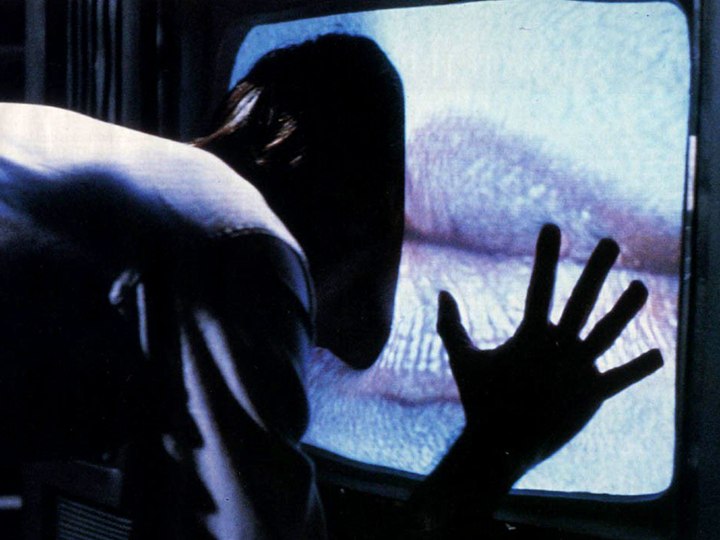 Most science fiction in this vein boils down to one of two overall visions of the future — post-apocalyptic wasteland or authoritarian dystopia. Chaos versus control. 1984 and Brazil are bother in the former category, as is most of the 80s sci-fi I viewed for this episode of the podcast, including David Cronenberg’s sinister Scanners (1981) and pervy Videodrome (1983). Most iconic of all, perhaps, is 1982’s Blade Runner, which we covered on an earlier episode. A couple years later, Ridley Scott also delivered Apple’s memorable “1984” commercial, just in time for 1984 itself.

Was there something in the air in 1984, or were science fiction storytellers just really synched up with Orwell’s timeline? That year also saw the release of James Cameron’s new sci-fi classic The Terminator, a pop-scored “remix” of Fritz Lang’s silent epic Metropolis from Giorgio Moroder, the 2001: A Space Odyssey sequel 2010, and a direct adaptation of 1984 starring John Hurt as Winston Smith. The next year brought the creation of  “the first computer-generated TV personality,” Max Headroom — and, of course, Terry Gilliam’s Brazil.

Terry Gilliam’s Brazil wasn’t officially based on George Orwell’s 1984, but it’s a close cousin, at the very least. Where Orwell’s novel was sinister, Gilliam’s film is absurd, while still taking place in an all-too-recognizable social order where acts of terrorism are so commonplace, they barely even elicit a reaction, and the government specializes primarily in overblown inefficiency. Like Winston Smith, our protagonist Sam Lowry is a dreamer — literally imagining himself as an angel, coming to the rescue of the damsel in distress. In reality, that damsel wants nothing to do with him.

Brazil co-stars the great Katherine Helmond as our hero’s plastic surgery-obsessed mother, and Robert De Niro in an unexpectedly silly turn as a rebellious air conditioning repairman. It’s all great fun, then somehow lands with a grim gut punch as Sam is lobotomized, retreating forever into his high-flying fantasy world.

There was certainly a very distinct vibe running through the 80s, a dark shadow of the shiny materialism of the “Greed is Good” decade. While Cheers and The Cosby Show, Michael Jackson and Madonna, E.T and Ghostbusters may have given the era overall a brighter sheen, the 80s sci-fi is dark and gritty as hell — even when it’s also laugh-out-loud ludicrous, as it is in Brazil. Brazil flopped at the box office but endures as a beloved cult classic, still too little seen. And it may be the definitive vision of 1984 on the big screen, even if Gilliam says he never read Orwell’s book. 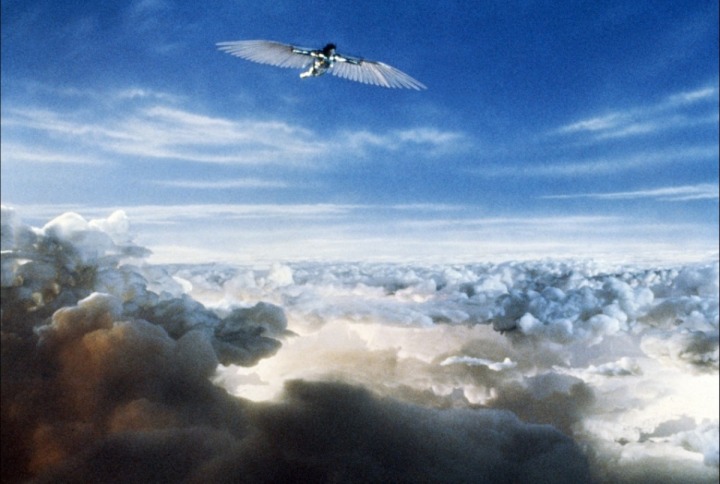 “In a way, the worldview of the Party imposed itself most successfully on people incapable of understanding it. They could be made to accept the most flagrant violations of reality, because they never fully grasped the enormity of what was demanded of them, and were not sufficiently interested in public events to notice what was happening. By lack of understanding they remained sane. They simply swallowed everything, and what they swallowed did them no harm, because it left no residue behind, just as a grain of corn will pass undigested through the body of a bird.” 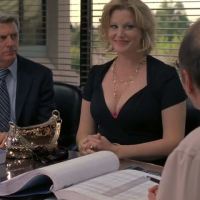 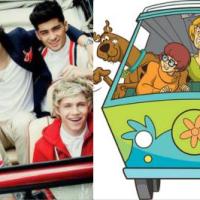 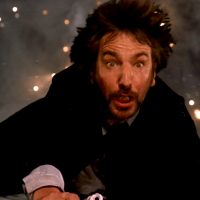