Hotel (Half) California: ‘Bad Times At The El Royale’

Bad Times At The El Royale is a movie that “goes for it.”

That’s not a surprise, given that it comes from the co-writer/director of The Cabin In The Woods, 2012’s balls-to-the-wall meta horror extravaganza. (For those who haven’t seen it, we’re talking all of the balls, and every wall.) Bad Times At The El Royale has similar ambitions, this time deconstructing a decade rather than the horror genre.

The film takes place almost entirely at the titular hotel, which straddles the borderline between California and Nevada, and thus between sunny Hollywood glamour and late-night Vegas debauchery. The year is 1969, and as the title of the movie suggests, the El Royale has seen better times. Once frequented by movie stars and world leaders, the place is fully vacant when four disparate strangers check in; appropriately, for a hotel that is 50% in California, half of them will never leave.

These characters are Seymour Sullivan (Jon Hamm), a vacuum cleaner salesman with a secret; Father Flynn (Jeff Bridges), a priest with a secret; Emily Summerspring (Dakota Johnson), a femme fatale with a secret; and Darlene Sweet (Cynthia Erivo), a Motown-style backup singer who seems to be the only trustworthy one of the bunch. The El Royale’s sole staffer is Miles Miller (Lewis Pullman), who — you guessed it — has a secret. Or maybe even a lot of secrets.

You shouldn’t know much more about the twists and turns in Bad Times At The El Royale than that, though this core cast is eventually joined by a handful of other players, including Billy Lee (Chris Hemsworth), a charismatic cult leader. (Xavier Dolan and Nick Offerman also pop in for cameos.)

Just as The Cabin In The Woods mashed up a number of horror subgenres, Bad Times At The El Royale is a stew of the 1960s’ most infamous elements — Cold War paranoia, Motown music, the Vietnam War, hippie drug culture, Charles Manson, and more.  Writer-director Drew Goddard has a lot on his mind — arguably, too much — delivering more aesthetic pleasure than emotional payoff. But the film also has a number of indelible moments, many of them set to music, with clever surprises to spare. Thanks to the cinematography and soundtrack, Bad Times At The El Royale treats both the eyes and ears, and the dialogue is plenty snappy. As a storyteller, Goddard hasn’t yet struck the balance between meta-humor and pathos the way his Buffy The Vampire Slayer mentor Joss Whedon did, but he’s not afraid to let his freak flag fly, either. This is a refreshingly weird offering from a major studio.

Goddard cut his teeth as a writer on Whedon’s Buffy and Angel and J.J. Abrams’ Alias and Lost, and much of his output has stayed in that lane. While plenty of his latest film could safely be called Whedonesque, stepping away from sci-fi (his first credited screenplay, the Abrams-produced Cloverfield) and meta-horror (The Cabin In The Woods) helps establish Goddard as his own talent. This movie casts a spell that is uniquely its own — despite the debts it owes the Coen brothers and Tarantino. Bad Times At The El Royale is the lovechild of No Country For Old Men and Dreamgirls, having a sleepover with its cousin Psycho. If that mix appeals to you, you’ll probably find something to appreciate here. Contrary to its title, Bad Times is a good time at the movies. 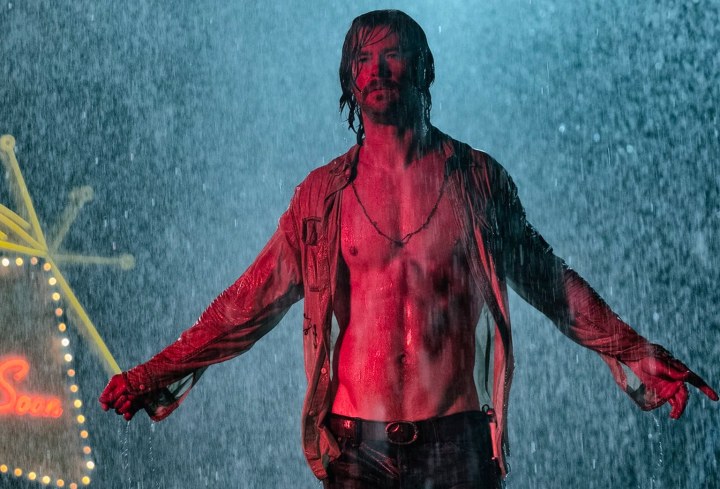 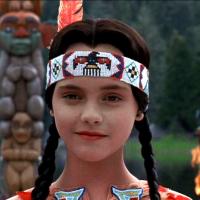