“No TV And No Beer Make Homer Something Something” (#28) 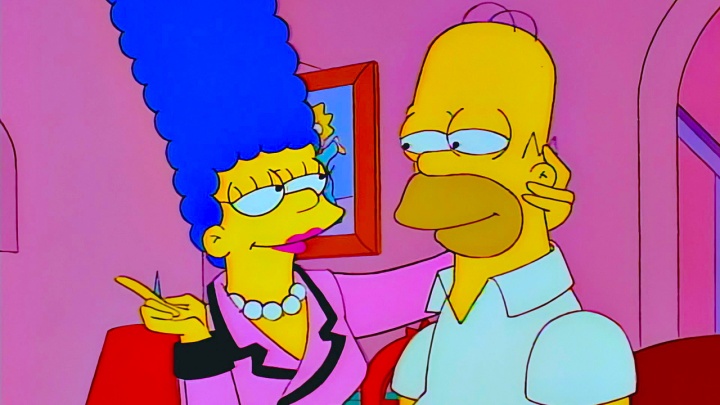 “Let us all bask in television’s warm, glowing warming glow.”

Justin thinks The Simpsons is funny.

Becky thinks The Simpsons is funny.

Seth thinks The Simpsons is funny.

I think The Simpsons is a hellish exploration of the forces of oppression that malign the American middle class and lower class, which sees characters try and try and try and try to get what they want, only to see themselves reset at their starting points, over and over, forever.

Listen to latest When We Were Young here.

The first primetime animated series since The Flintstones.

Funny isn’t enough. At least, that’s what I told myself going into this episode. A primetime animated series can’t possibly stick around for 30 years just because it’s funny. I was determined to get to the bottom of this.

What stands out to me the most about The Simpsons is how so little has changed over the years. I haven’t watched recent seasons, but I don’t get the sense that pivotal new characters have been added or the show’s overall themes and tone have shifted greatly. While fans often agree that some block within The Simpsons‘ first dozen years or so was its peak, most fans also tend to find something to like about most newer episodes, too.

The Simpsons and their fellow denizens of Springfield almost always wear the same clothes. They never age. Significant plot developments are almost always (but not always) reset within 22 minutes. Some episodes, most notably the annual “Treehouse of Horror” episodes, have no real continuity within the show at all. They’re basically zany short films and pop culture parodies that happen to star versions of The Simpsons characters. Aside from some callback jokes, Simpsons episodes can be watched in any order from any season and maintain about as much continuity as watching them in sequence. While a lot of this may be pretty par for the course in animated shows, and to a lesser extent, sitcoms in general, The Simpsons takes it to a rather meta level.

Our podcast episode’s title, “No TV And No Beer Make Homer Something Something,” ends up being the perfect summation of my thoughts on the series. The Simpson family is all constantly craving something. For Lisa, it’s righting wrongs and making the world a better place. Bart tends to crave attention and mischief. Marge tends to seek a better version of her life and circumstances, and maybe more appreciation and independence. For Homer, it tends to be the most gluttonous pleasures — beer, TV, food, Venus de Milo-shaped gummies. Even Maggie seems to constantly long to be elsewhere. This is probably a pretty fair summation of most American nuclear families, particularly in the 1980s when the series began. Moms and housewives often make sacrifices for the good of the family, putting off their own pursuits. Dads frequently “just don’t get it.” (Ask Will Smith!) They’re bored with work and unwilling to explore the deeper roots of their malaise. Young boys tend ti be troublemakers, while young girls are often more attuned to social issues and prone to learning. Obviously, this is an oversimplification that leans heavily into gender stereotypes — but it’s also a useful lens to use in examining the prototypical American household.

The Simpsons often reach for what they think will make them happy. For Bart and Homer, these are often empty pursuits that don’t actually stand to give them satisfaction. Marge and Lisa, however, are often seeking to improve themselves and the world around them. This is occasionally self-serving, but other times we get the sense that these ladies would be better off without the men in their lives. Their love for each other is an anchor that pulls them back toward mediocrity every time they attempt to make a change. Often, this is presented as sweet — but I’m not sure the underlying message really is. Marge can’t be who she wants to be because she’s busy cleaning up everyone else’s messes. Lisa is capable of greatness, but only if her family doesn’t hold her back. Maybe the lesson we take away from that is supposed to be that, um, “family matters,” and maybe staying together is what will ultimately lead these four to their best possible lives.

But there’s also an argument to be made that The Simpsons says individuals are all but powerless in bettering themselves, and that everything about the way our society is structured is designed to keep most from advancing. We’re meant to stick with our nuclear family and do what they do, even if that isn’t what we’d actually like for ourselves. Bart and Lisa will probably end up sticking around Springfield. Bart might end up working at the nuclear power plant. Lisa might very well have a family — but is she going to meet a guy worthy of her in Springfield? The evidence suggests not. These characters have a vague sense that they deserve more, and often get well on their way to achieving it. But by the couch gag in the next episode, they’re quite literally back where they started. The massive supporting cast also generally reacts against change, always opting in the end to maintain the status quo.

The Simpsons learn lessons, over and over again — but they forget them by the next episode. That’s pretty true to life. These characters have everything they need to make wild, zany changes in their cartoon world, and ultimately, it’s usually these core characters who choose not to. Why? Because the comforts of home, of family, of community, of familiarity are safer than change and the unknown. They prefer the same thing, over and over.

And so do Simpsons fans. For thirty years, it’s been the same show week after week. That doesn’t mean many episodes aren’t wildly clever and inventive, but the show is so consistently clever and inventive that it’s rarely really surprising where an episode goes. Anything can and does happen on The Simpsons, and most fans seem fine with that. Simpsons fans aren’t clamoring for an adorable cousin to come in and freshen the series up. They don’t want Lisa to go off to college for a season and only return in “special guest appearances.” As Justin says in the podcast, The Simpsons is a reliable good time just the way it is, and at this point, it would make little sense to change it.

The Simpsons‘ best episodes reach toward self-actualization for one of the characters, only to have them pulled back where they started for the viewers’ enjoyment. It gives us something to think about, and then reassures us that it doesn’t matter much and wipes the slate clean. In order for The Simpsons to last, its characters must be stuck in a time warp, constantly struggling for change. Things do change on The Simpsons — wildly, but almost never permanently. The Simpsons is the same brand of comfort food that Duff Beer, Itchy & Scratchy, Chanel suits, and donuts are for its characters. The show is clearly aware of this inherent irony, delivering both a smartly observed, sometimes moving television series, and 624 (and counting) servings of disposable junk food at the same time. You can want the characters to get what they want in individual episodes, but do you really? If the series ever ends — and there’s no sign that it will — that would be a poignant way to say goodbye to Springfield. It might also betray the entirety of the series.

This is indeed a disturbing universe.

Categories: TV, When We Were Young

Tagged as: The Simpsons, When We Were Young 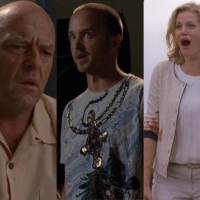