Did a baseball diamond used to be your playground? If so, you’re probably one of the fans who made the Rockford Peaches stars of the most successful baseball movie of all time. Penny Marshall’s World War II-era dramedy is a who’s who of major league 90s names, from Geena Davis to Rosie O’Donnell to Tom Hanks to Madonna. (And Marla Hooch!)

There’s no denying that the film is a feminist feat: a rare sports drama directed by and starring women. A League of Their Own paved the way for so many stories about female athletes to follow, like… uhh… has anyone seen my new red hat?

In honor of the film’s 25th anniversary, the When We Were Young hosts drug their chaperones and trade oven mitts for baseball mitts, debating whether Betty Spaghetti & co. knock it out of the park or drop the ball. And all without letting our noses get shiny! 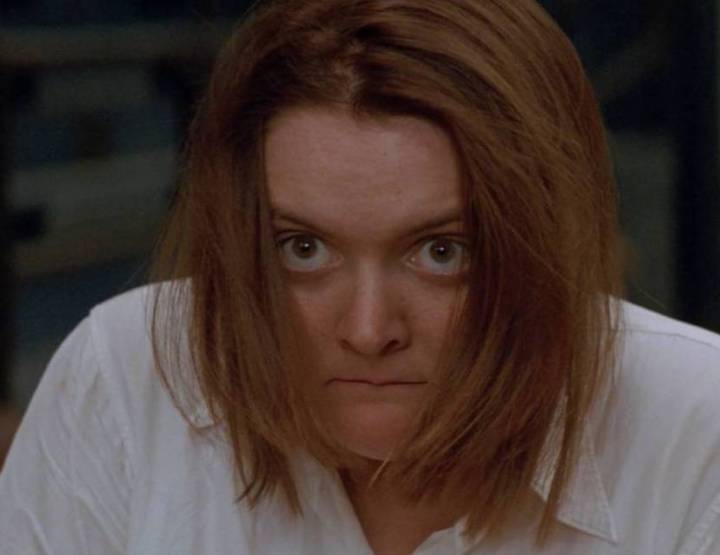 I don’t have a particularly storied history with A League Of Their Own, nor a particularly “hot take” on it now. The movie has aged very well. The bookends feel pretty cheesy, but the period stuff is fresh and nuanced, and its female characters are terrific across the board. I’m not sure Dottie’s story is as punchy as I’d like it to be, which I talk about plenty on the podcast. I suspect there’s a more resonant drama hiding somewhere in there, but the one we get works well enough. It’s entertaining from start to finish, with wonderful comedic performances from Madonna, Tom Hanks, Megan Cavanaugh, and Rosie O’Donnell. It’s also the highest-grossing baseball movie ever made! (Yes, that includes the ones about men.)

The terrible sitcom highlights how broad and stereotypical the film could have been, and it’s a tribute to the writers and Penny Marshall that the film never makes any concessions because it’s about women. Obviously, the sexism of the league’s owners and managers and the media play a large part in the story, like that hilarious newsreel. But the story itself is as sports-focused and serious as you’d expect a comparable film about men to be. Dottie and Kit’s sibling rivalry is the same kind we’ve seen in stories about male athletes. If anything, the movie takes winning and losing less seriously, because for these women, it’s a boon just to play the game.

Tagged as: When We Were Young