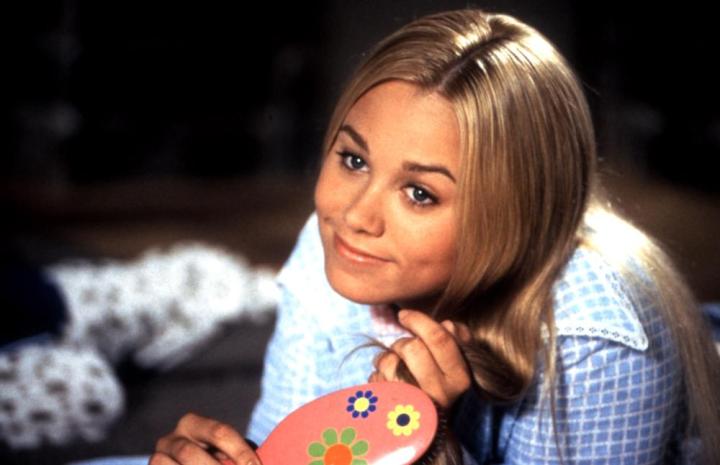 “Think I’ll go for a walk outside now,
The summer sun’s calling my name…”

Previously on the When We Were Young podcast, Becky revealed that she used to serenade her entire middle school with songs from Pocahontas, Seth admitted to being terrified of an HBO commercial, and I copped to keeping a countdown to Twister‘s VHS release in my daily journal. But guess what? This, by far, is the most embarrassing episode of the podcast yet!

In the latest episode of When We Were Young, Seth, Becky, and Chris discuss what made us laugh the most growing up. If you thought The Brady Bunch Movie (1995) and A Very Brady Sequel (1996) were the funniest (and most quotable) movies ever made, you’re in good company (with two of our hosts, at least)!Twenty years later, do either of these satirical sitcom adaptations stand the test of time and still make us laugh? Or are they as stale and unfunny as the TV show they’re based on? 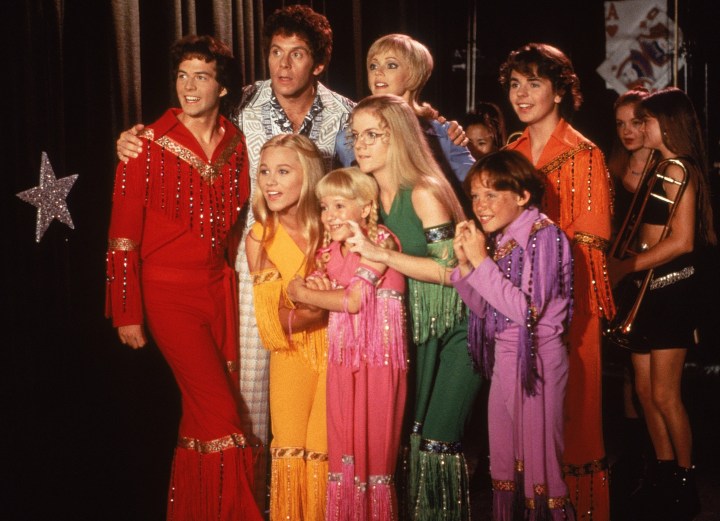 “Search for the Stars is looking for fresh young musical acts. First prize is exactly twenty thousand dollars. Hmm… too bad I’m not a musical act.”

So, yes. In junior high I did have a shameless obsession with The Brady Bunch Movie and A Very Brady Sequel, the fish-out-of-water sitcom adaptations from the mid 90s. It would not surprise me if I’ve seen these movies more than any single other film ever made. Seriously.

Fortunately, I am not alone in my Brady nerdiness, for my co-host Becky shared my nostalgia for all things Brady. (Okay, not all things. It’s not like we got that into the original TV show — except to go back and laugh at all the scenes they mocked in the movies.)

I remember seeing The Brady Bunch Movie in theaters with my mom and sister. (At least, I think I remember this — my caveat for this and every episode of the podcast is that I might be recalling some of the those hazy 80s and 90s memories slightly wrong.) I believe the time-warp of the very 70s Bradys popping up in the 90s particularly appealed to me. I still love a good fish-out-of-water comedy, particularly when there’s a time travel-ish element involved. (I can’t remember the last time I saw a decent movie that actually had such a premise. They’re mostly a relic from the 90s.)

Of course, at the time I wasn’t even quite a teenager yet, which meant that a lot of the movie’s more mature gags went over my head. Still, this was one of the first more “sophisticated” comedies I latched onto — “sophisticated” may seem like a strange word to apply to the spoofy Brady Bunch Movie, but I do think this brand of comedy operates at a fairly high level. (Aside from the Home Alone style physical violence gags I reference in the podcast.)

It would take a while to go over everything I adored about this film — we didn’t even get to everything in the podcast — but in particular, I’ve always enjoyed the hilarious relationship between Marcia and Jan. Their sibling rivalry is relatable, even if exaggerated, and one of the easiest targets to lampoon from the original sitcom. As much as I had a thing for Christine Taylor at this time, Jennifer Elise Cox is the standout comedienne in the cast — her Jan is one of the best comic characters of the 90s, holding her own against any character Chris Farley or Adam Sandler played. She’s both the goofiest Brady character and the soul of the story. Jan is the protagonist of the movie, made clear when the climax hinges on her brief stint as an Afroed teen runaway. (“The new Jan Brady” is, apparently, black.)

But back to Marcia. (Marcia, Marcia, Marcia!) I love that Marcia is both the butt of so many jokes — “she’s harder to get into than a Pearl Jam concert” — and genuinely popular, in her own way. It’s totally believable that she would have a shot with the “big man on campus,” and yet still be as wholesome and naive as the rest of the Brady clan. That brings me to what I truly love about these films, and other favorite mid-90s comedies of mine, including Romy And Michele’s High School Reunion and Clueless. The characters are ridiculous — we’re laughing at them, and the world at large is making fun of them in the film — and yet they exist in a happy bubble, blissfully unaware of how absurd they are. The Brady Bunch may not fit in very well with grungy, mean-spirited 90s Los Angeles, but it’s actually the world around them that needs an attitude adjustment. They’re doing just fine on their own.

A lesser comedy wouldn’t have been able to pull that off. It would have made it seem like there’s something wrong with the Bradys, not something wrong with us. As warped as they seem, the Brady’s loyalty and family values are sort of nice. Maybe we don’t aspire to be exactly like them, but wouldn’t it be nice to have five brothers and sisters, two devoted parents, and even a kindly maid who all have your back? 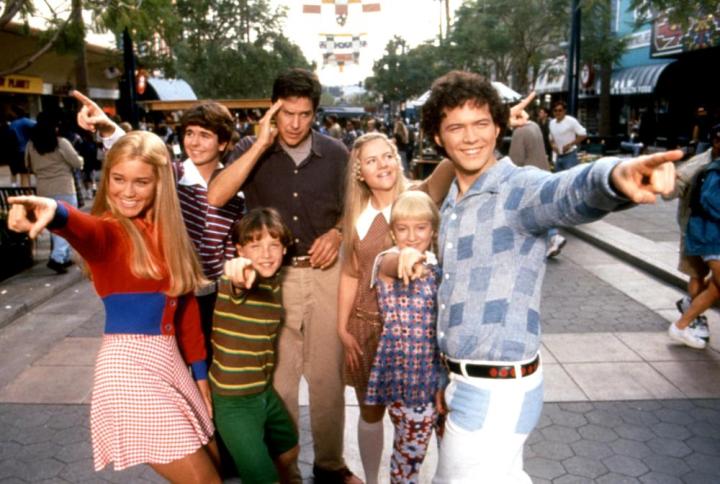 “Oh my God… I’m tripping with the Bradys.”

I went into the first Brady Bunch Movie merely hoping to enjoy it, and came out a Brady maniac. After the film was released on VHS, I’m pretty sure my sister and I watched it nearly every day one summer. (That was probably the summer of 1996, leading up the release of A Very Brady Sequel.) We also rewound the tape constantly to catch little gags we missed. In retrospect, it’s kind of a marvel no one smothered us in our sleep.

A number of my friends at the time also got into the Brady Bunch movies. Eventually, we’d move on to (slightly) more mature offerings, but this was a nice gateway drug into “adult” humor. A Very Brady Sequel pushes this even further than the original, particularly with the Greg-and-Marcia pseudo-incest plotline. (“Yes, Greg?”) Some small part of me wanted to lip sync one of the Brady songs with 5 friends at a school talent show, even though the rest of me definitely knew I’d be beaten up for it.

“Sunshine Day” and “Keep On” are two delightful numbers from the first movie, but I have to say, A Very Brady Sequel‘s musical moments just barely top them. “Time to Change” is an absurd romp through Santa Monica’s Third Street Promenade, which is even better than the whole gaggle of Bradys bopping down the escalator at Sears. The real highlight is “Good Time Music,” though, with the Bradys amusing themselves by performing a full on song and dance on an airplane bound for Hawaii. This is the best fish-out-of-water moment in the sequel, which (as pointed out by co-hosts in the podcast) is not as much a feature of the sequel as it was in the original.

Yes, The Brady Bunch Movie is a stronger film overall, while A Very Brady Sequel often feels like a very long episode of an actual sitcom. But it also gives us more of everything that was right in the first film, with less of the physical violence gags that take its predecessor down a notch. That includes Marcia’s ever-more-inflated ego (“I’ll go first ’cause I’m the prettiest”) and Jan’s fake boyfriend, George Glass. (Marcia thinking to herself, “This is all Jan’s fault” is also the perfect summation of their relationship, as is her plea to their faux father: “Take Jan!”)

Everything I loved in The Brady Bunch Movie is repeated and/or turned up a notch, from the music to the RuPaul cameo to the spoofing of ridiculous storylines from the sitcom. Also, it’s notable that both of these films were directed by women (Betty Thomas and Arlene Sanford, respectively), which is pretty rare in 90s comedy.

These remain some of my favorite and most quoted comedies, even though loving them now is slightly embarrassing. The less said about The Brady Bunch In The White House and Growing Up Brady, the better (except in the podcast that I mistakenly said Adrien Brody played Barry Williams/Greg Brady in the latter, when I meant Adam Brody. I would definitely have kept watching if it was Adrien.) Finally, I will direct you to “A House To Die For”, the only episode of Wings I bothered to watch (thanks to some very Brady cameos), and this truly baffling piece of pop culture, which I don’t trust myself to even describe.

Now, if you’ll excuse me… something suddenly came up. 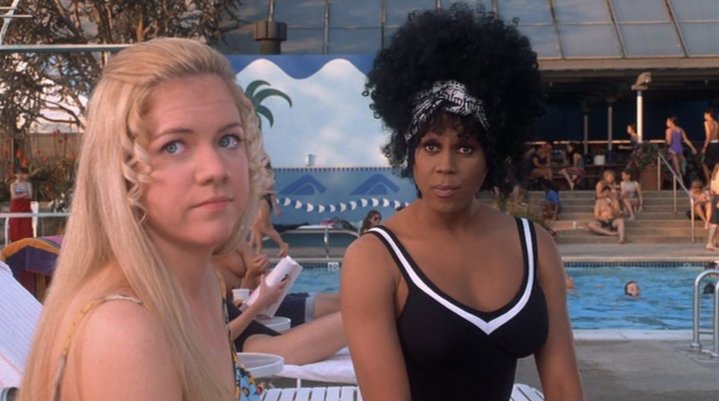 When We Were Young is a podcast devoted to the most beloved pop culture of our formative years (roughly 1980-2000). Join us for a look back to the past with a critical eye on how these movies, songs, shows, and more hold up now.

You can help us defray the costs of creating this show, which include purchasing movies/shows/etc to review, imbibing enough sedatives to take down an elephant, and producing & editing in-house at the MFP Studio Studio in Los Angeles CA, by donating to our Patreon account, and don’t forget to subscribe and leave a review on iTunes!

Categories: Movies, Movies That Made Me, TV, When We Were Young 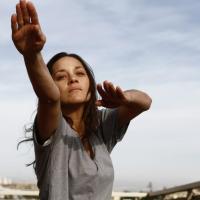 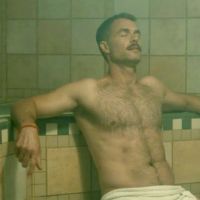 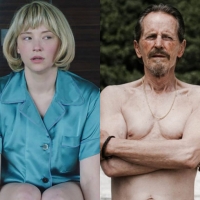