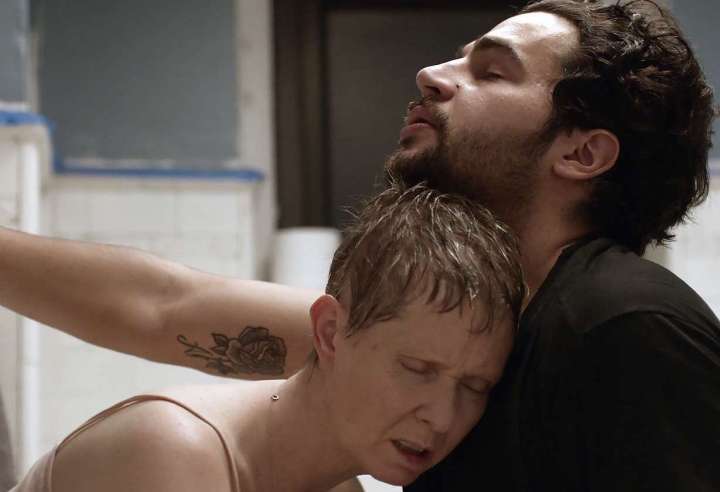 This is neither the first nor the last time I’ll discuss awards season in relation to a movie that has maybe a 5% chance of nabbing an Oscar nomination. Every year, there are those surefire heavyweights — this year, films like Spotlight, The Revenant, and Room (to name a few) — and then there are the also-rans that enter the conversation, sometimes just for a fleeting moment, for one solitary standout element. Remember that time we thought Jennifer Aniston could get nominated for Cake? Or when Saving Mr. Banks felt like surefire Oscar bait, until it was entirely snubbed aside from Thomas Newman’s score?

For those of us who like such things, this is a fun (if somewhat overwhelming) time of year, as we check out as much as we can of what the studios and the indie scene have to offer, all of them vying for just five or so slots in the big races. There will inevitably be an outcry at performances in smaller films — those that gain recognition from critics’ groups and guilds, but not the Academy — and could have gone much further if they’d only been seen by more people. Most of the fringe films that bubble up in the awards season conversation will never actually get that sweet, sweet Oscar lovin’, but of course, that’s not all that matters. It doesn’t mean they’re undeserving.

James White is such a movie.

James White has already picked up a few festival wins, is nominated for three Independent Spirits Awards, and was named one of the National Board of Review’s ten best indie films for 2015. Most of the awards season chatter is based mainly on the strength of its supporting performance by Cynthia Nixon, playing a former schoolteacher who is losing a nasty bout with cancer. But as the title of the film may suggest, the story really belongs to her son, James (Christopher Abbott).

James is not a bad guy, but he’s not a terribly endearing individual either. Like many twentysomething males we meet in independent cinema, he’s a mess. He doesn’t have a job, and probably has never had one. He spends his nights (and sometimes his days) drinking excessively and doing drugs, occasionally picking a fight with a stranger for added entertainment. He has one loyal friend in Nick (Scott Mescudi, AKA Kid Cudi), but he’s testing even the limits of that brotherly bond with his recent behavior. He’s got a new girlfriend, Jayne (Mackenzie Leigh), who is still in high school, which says a lot about his maturity level. He spends most nights on his mother’s couch. James has led a privileged life, and mostly wasted the opportunities he was given. He thinks he’ll get his shit together soon enough, but those odds are looking slimmer by the day. James thinks of himself as a writer, when he thinks of himself as anything at all, but it’s clear that he’s going nowhere. He has no story to tell, because he hasn’t lived life so much as he’s avoided it. We meet James at the precise moment when things are beginning to get unfortunately interesting. 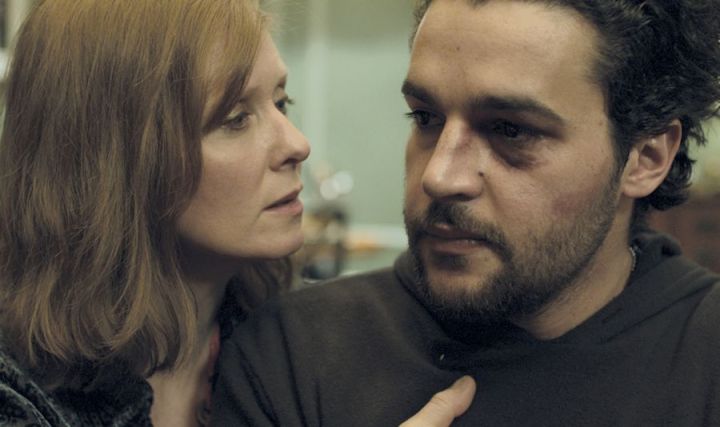 When we meet James, his estranged father has just died. He encounters his half-sister and stepmother for the first time at his father’s wake. James insists he isn’t that bothered by his dad’s death, probably because he’s more bothered by an earlier abandonment. Instead of dealing with his grief and anger, James runs away — both literally, to Mexico, and figuratively, with plenty of substance abuse — and his life of leisure is more or less uninterrupted. Until his mother Gail calls him, beckoning him home, because her cancer is back with a vengeance.

After a lot of meandering through James’ mostly meaningless existence, this is where the film kicks into high gear. Gail rapidly grows more and more feeble — it’s pretty clear early on that she won’t survive this time. A mere matter of weeks after losing his father, James is now faced with losing his mother, too, and it’s difficult not to feel sorry for him. This young man,  already so lost in so many ways, is about to become an orphan.

Most of this we must intuit through the action — James doesn’t often say how he really feels; he’s more likely to claim that he’s fine. He’s in denial. But as Gail grows weaker, James is tasked with getting her water in the middle of the night, carrying her to the bathroom, and dealing with the occasional dementia that steals her away as mind and body deteriorate. He rises to the challenge, though none of this comes naturally. He’s just doing the best he can.

Watching James White can be a frustrating experience, especially in its first half, because James is such a shallow, spoiled, mostly unremarkable person. He’s not a good guy, nor is he a bad guy, and it’s easy to see why just about everyone but his mother and his best buddy have given up on him. (Even they come close to doing so, in moments.) He’s like a lot of people — living for himself, day by day, without an eye on the big picture. For the first half of James White, you might easily hate this character — but the more we see what he’s facing, the more we’re likely to feel for him anyway. That’s how it is with people. We don’t have the capacity to care for strangers — but then, as we learn more about them, we do.

Several characters call James out as a spoiled brat throughout the movie, and it’s earned. But when his mother needs him, James is finally capable of doing what is right, of caring for the person who once cared for him in such a manner. James White makes the point that even the most overprivileged, underappreciative Upper West Side brat is capable of love and goodness in the right circumstances. We should not write anybody off. We should have compassion for everyone, because everyone, at one time or another, is going through something like this.

Nixon is utterly compelling and convincing in a role that’s a far cry from Miranda on Sex & The City (a role I can’t ever not associate her with, since I’m a fan of the show). It’s a heartbreaking turn, not just a supporting performance, but the essential soul of this movie — her love for James is one of few things he’s got going for him. We need to see him through her eyes to care about him at all.

Christopher Abbott is also an actor who is hard to separate from his role on a New York City-set TV show. As Charlie, he was one of the least sympathetic of the Girls gang (and that’s saying something). He’s similarly off-putting here, a choice I’m not sure was intentional. I spent much of this movie actively disliking this character, but that ends up being the point. (I’m not sure if an actor who more easily earned our sympathy would have helped or hurt the movie overall.)

James White is the directorial debut of Josh Mond, and partially autobiographical. (Mond also lost his mother to cancer.) It’s unclear if Mond knows exactly how unlikable James White is in the first act of this film, or if he wants us to like James more than I did, but the movie works regardless as a tale of the way people — even the worst people — deal with grief. He would probably say that it’s intentional, though I’m not sure it was intentional to this extent.

The Oscar race is a crowded place, and Cynthia Nixon has only a slim chance of ending up as one of the five nominees, as good as she is. (Especially since lead performances by Rooney Mara in Carol and Alicia Vikander in The Danish Girl are currently vying for Supporting Actress status, where they can stand out more.) But that sweet, sweet Oscar lovin’ isn’t the only reason to check out a film with a performance as solid as Nixon’s.

James White makes no concession to make its protagonist likable, and in the end, maybe he isn’t. What’s so compelling about the film is that we end up feeling for him anyway. 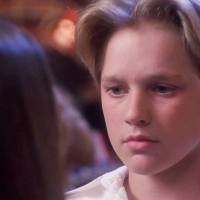