Big Good ‘Wolf’: Scorsese’s Latest Is Excessive To The Max 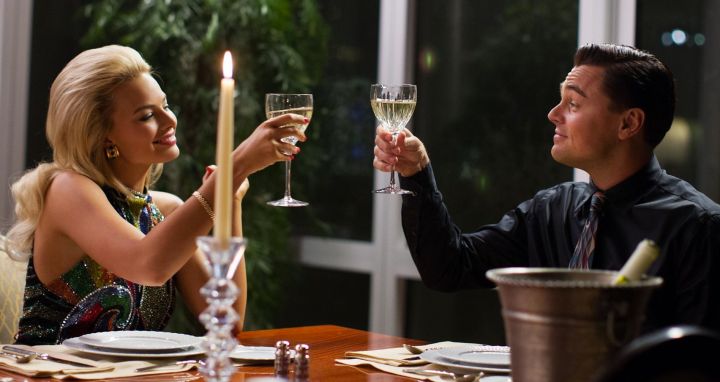 Yes — at least in the sense that he’s Martin Scorsese’s current muse, and yes in the sense that the movies he stars in tend to have some very hefty running times. From Titanic, the blockbuster that made him an international superstar, to The Aviator, his previous three-hour collaboration with Scorsese (with gargantuan films like Gangs Of New York, Inception, and J. Edgar thrown into the mix), DiCaprio-starring movies are rarely nimble, and the same can be said about the films of Martin Scorsese.

They are, however, usually pretty good.

The Wolf Of Wall Street is another of these movies — very long, and very good. Clocking in at three hours, it feels just as lengthy as it is, unlike certain other epics which sometimes have enough momentum that they feel much shorter than they are. Martin Scorsese has found an apt 21st century muse in Leonardo DiCaprio, and The Wolf Of Wall Street may be their best pairing yet. Is it the Raging Bull of Scorsese’s DiCaprio era? Not exactly, but it’ll do.

This is a film that’s all about excess — excessive drugs, excessive sex, and most of all, an excess of money. The film is refreshingly explicit in its depictions of this, with a whole lot of nudity and enough Qualuudes to sedate all of Manhattan for life. It’s a very adult film, and with a budget of $100 million, it’s not an inexpensive one. Basically, it’s the kind of movie that hardly anyone besides Martin Scorsese can get made anymore.

Does it need to be three hours? Did it need to cost $100 million? No and no — but that’s the point. For Jordan Belfort, too much is never enough, and so fittingly, The Wolf Of Wall Street is way too much movie — and yet, just enough. So why complain about too much of a good thing?

The Wolf Of Wall Street is the true story of Jordan Belfort, a self-made mogul who built his own empire on Wall Street in the late eighties and early nineties. Like many stock brokers, he’s a criminal. Unlike many, he’ll answer for his crimes before the film is through. (Partially, at least.)

For a three-hour film, there’s not actually much of a plot here. Jordan trades in his lower-middle-class Long Island life for one of a high-powered mover and shaker, with all the trimmings — supermodel wife, country club membership, yacht, helicopter, drug habit. The transformation happens quickly, and that’s it. There are no real surprises on a story level — the FBI is looking to nab him, and we know already that Jordan will be caught, or how would he have written a book about it? The Wolf Of Wall Street is all about basking in the pleasures of a luxurious life, and then gradually becoming numb to them. With so much gratuitous sex and drug use on display, it eventually ceases to be that stimulating, and we need more and more to get our cinematic high. So, too, for Jordan Belfort.

What the film does have is a whole lotta everything. The script by Terence Winter (a Sopranos writer) crackles with wit and raw nerve — nearly every scene unfolds just right, but they take their time. Scorsese and longtime editor Thelma Schoonmaker are in no hurry to arrive at any certain point, and though the movie is, in a sense, bloated, few moments would be better off on the cutting room floor, because it’s all done with such  panache. The performances are big — most of them colossal. Matthew McConaughey appears early on and has only one major scene, but it’s a doozy. As Donnie, Jordan’s WASPy partner in crime, Jonah Hill finds a nice balance between his kooky comedic persona and a career as a “serious actor” (following his Oscar nod for Moneyball). Jean Dujardin makes a welcome appearance as a sleazy Swiss banker, and the as-of-yet largely unknown Aussie actress Margot Robbie makes a memorably feisty turn as Jordan’s ultra-hot second wife Naomi, whose idea of punishment for her husband involves spreading her legs when she’s not wearing panties. (TV spin-off idea: Naomi and American Hustle‘s Jennifer Lawrence character become Long Island BFFs and spend their days devising ways to torture their no-good swindler husbands.)

And Leo. Oh, Leo. The Academy has more often than not given DiCaprio the cold shoulder — he’s been nominated for only two Oscars since the nod he got as a teenager for What’s Eating Gulbert Grape, and oddly enough, one was for the forgettable (and forgotten) Blood Diamond. (The other, of course, was for another Scorsese movie.) This year’s Best Actor race is already overstuffed with worthy recipients, including Bruce Dern, Tom Hanks, Chiwetel Ejiofor, Michael B. Jordan, Robert Redford, Oscar Isaac, Joaquin Phoenix, and DiCaprio’s Wolf co-star Matthew McConaughey. But it’s hard to imagine that Leo won’t receive his fourth nod for this, perhaps his most towering performance in a pretty epic career. He’s busy and brash and fearless, and DiCaprio’s star wattage perfectly aligns with Belfort’s essential charisma. It’s the kind of part best played by a major movie star, the dark cousin of his dynamic title role in Baz Luhrmann’s otherwise flaccid The Great Gatsby. That movie was all about excess, too — money and the evils of the monied. It was long and lavish and loud and over-the-top just like The Wolf Of Wall Street, but it was also a soulless bore.

The Wolf Of Wall Street is not soulless, though some of its characters are — it’s been lambasted by some critics and at least one victim of Belfort’s crimes for reveling in Wall Street’s bad behavior, but that’s a limited reading of it. The Wolf Of Wall Street is a clever critique, not just of Wall Street but of America itself. It’s timely, of course, coming on the heels of the financial collapse, but Winter and Scorsese wisely leave their audience to draw those associations on our own. The Wolf Of Wall Street doesn’t judge or punish its subjects for their erratic and often illegal misdeeds, but it certainly isn’t a flattering portrait of what goes down behind the scenes in Manhattan’s financial district. There’s a perfect sequence featuring Jordan struggling after knocking back a few too many “lemons,” and another outrageous moment on their ill-fated yacht, both of which show the absurd consequences of Belfort’s recklessness. Anyone who thinks these characters are getting off scot-free isn’t looking hard enough.

The film takes place in that sweet spot before America was made aware of its vices — the late eighties and early nineties were all about more, more, more; living well, and not caring how the rest of the country was living. In many ways, these years were the epitome of the American dream. But America, like Jordan Belfort, would eventually pay for its profligacy. Jordan Belfort is an unstoppable, larger-than-life character who gets so drunk on power that he tries bribing a straight-laced FBI man (Kyle Chandler) just to see if this guy, too, will take the bait. We learn very little about what truly makes Jordan tick — he’s a bit of a cipher, standing in for so many other suits who lost their moral compass on the way to Wall Street.

Jordan Belfort is, in a sense, all of us — or at least, the person we’d become if we were handed untold millions of dollars and the keys to the world. The Wolf Of Wall Street‘s thesis is that just about anyone can be corrupted if they find themselves in a world without limits, egged on by a band of brothers who make fraternity hazing look like child’s play. The film isn’t about greed so much as gluttony; everyone has a price, and everything has a cost, and at a certain point, Jordan’s family and closest friendships will be put up for sale just like everything else he’s acquired. Like Jordan Belfort, America started out with the best of intentions, but then maybe we started thinking a little too highly of ourselves and started to take it all for granted. It’s lonely at the top — especially on the way down.

Yes, Scorsese does a certain kind of movie better than anyone else, and this is it. It’s a (relatively recent) period piece and features voiceover from our protagonist, so The Wolf Of Wall Street feels like coming home to the best of Scorsese, and it’s wonderful that the man can still make a movie that sits right up on the shelf alongside some of his greatest. The Wolf Of Wall Street isn’t quite the landmark that GoodFellas was, because there’s nothing exactly new here — coke-addled, power-hungry dude wanted by the law? We’ve seen that from Scorsese. But in a way, it’s a return to form for a man who didn’t exactly need to return to form, but it’s nice to get another big, bold movie like this anyway. Certain sequences are so fun and electric, they’re burned into my brain, and I already can’t wait to watch them again.

It would be excessive to see it again so soon, of course, but when it comes to moves like this, I’m a glutton. Pretty much nobody makes movies like Scorsese — unless it’s David O. Russell, aping GoodFellas in American Hustle. This one is masterfully made on every technical level, with cinematography, music, editing, and visuals that give cinema junkies like me a badly-needed fix that cannot be duplicated. I’d rather have a foul-mouthed, sex-drenched, drug-spattered, three-hour movie like this than a nicer, leaner alternative; I guess you could say I want it all, as much as possible.

When it comes to movies, I like excess. I like ’em big and loud and flashy, filled with unforgettable performances and scenes so unusual they become instant classics. I daresay The Wolf Of Wall Street will endure the test of time and be remembered as a truly great movie. It’s decadent and fun and naughty — like a guilty pleasure, except we’re supposed to feel as much guilt as pleasure.

By saying very little outright, The Wolf Of Wall Street manages to speak volumes about America then and now. We’ll laugh at Jordan Belfort for his weaknesses, we’ll rebuke him for his extravagance, yet we’ll continue striving for the American dream so we can live just like him. Because at the end of the day, we all want to be wolves, don’t we? 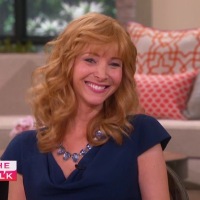 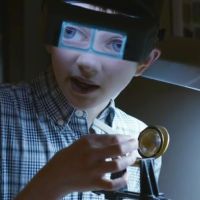