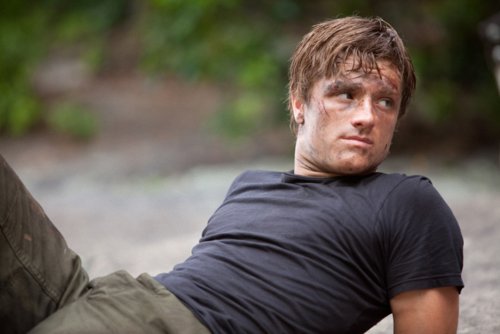 Now that we’ve seen Harry Potter defeat Voldemort on the big screen, and Twilight has one more terrible cinematic endeavor to taunt us with, the film industry is looking for the next franchise to drive young’uns and tweens into a spending frenzy.

The answer they’re hoping for is: The Hunger Games.

I myself have never read a Harry Potter book, though I admire J.K. Rowling’s inventiveness, at least. Judging by the very good film adaptations, I also applaud the way she allowed the series to evolve and grow darker as the protagonists aged, when she might have just let them all be kiddie stories. Kudos.

Nor would I ever be caught dead (or undead) anywhere near a Stephenie Meyer book, lest I sparkle. These books I have less esteem for, based partially on the disturbing anti-feminist subtext, but mainly on the stupid notion that vampires can go out in the sunlight. What is the point of vampires that can out during daytime? They’re supposed to have limitations! Not just be amazing, broody superheroes prone to taking their shirts off. This whole idea is so stupid that I just can’t abide Twi-Hards. If you have willfully read more than 20 pages of a Twilight book or sat through more than one of the movies, I automatically deem you stupid. Sorry.

However, based on good word-of-mouth, I did manage to pick up a copy of Suzanne Collins’ The Hunger Games. The word-of-mouth came from more reliable sources than those who would recommend Twilight; people who would always qualify it with: “Well, the writing isn’t that good, and the story is pretty silly, and there’s this weird, vaguely Mormon propaganda…” Stop there, that’s more than enough reason to pass, thank you.

The Hunger Games is actually a reasonably well-written book with an intriguing storyline and a strong storyline. Best of all, it’s surprisingly dark for a young adult novel. When I heard the premise — 24 teens are put in an arena in which they must fight to the death on television — I thought for sure the author would find a way to not actually kill off all (or even most) of the young characters. But nope! She actually kills them off in inventive, brutal, and totally gripping ways.

It’s unfortunate that Twilight even need be mentioned in the same breath as The Hunger Games. Sure, they’re both franchises based on young adult novels starring pretty young people, and neither of them is high art. (Though Hunger Games, with its impoverished society and commentary on reality TV, has quite a bit more on its mind, at least.) But the people who made the ostensibly-crappy Twilight movies were not untalented filmmakers — including Bill Condon and Catherine Hardwicke. I can’t say why, exactly, the movies then turned out to be such drivel, because I only saw the first one on DVD, and the only pleasure I got from it was rewinding the scene where Edward speeds through the forest at a laughable speed over and over again. But there’s a critical consensus: these are not good movies.

I am, however, anticipating The Hunger Games films, even though I am slightly worried that they’ll be just as bad as Twilight. The director is Gary Ross, who made the pretty good Pleasantville and the schmaltzy, unworthy Oscar-nominee Seabiscuit. Hmm. They did well by casting Academy Award-nominee Jennifer Lawrence as Katniss — she’s a perfect choice. And as Peeta, Josh Hutcherson held his own in The Kids Are All Right, in a cast that included Annette Bening, Julianne Moore, Mark Ruffalo, and Mia Wasikowska. No easy feat. I can’t say much for Liam Hemsworth as Gale, except to say that he didn’t make the Nicholas Sparks-written Miley Cyrus vehicle The Last Song any worse than it was already going to be. (Yes, I saw it.) And hey — the supporting cast included Wes Bentley, Elizabeth Bentley, Woody Harrelson, and Stanley Tucci! Not too shabby.

So I’m looking forward to feasting on The Hunger Games. I’m optimistic. I wouldn’t exactly call myself a Hung-Hard (or whatever moniker fans of the series is using), since I haven’t yet read the second two books in the series (having heard mixed reviews). But I probably will.

And hey, wouldn’t it be great if for once, artistic merit and the zeitgeist could exist in the same movie? Let’s all say a silent prayer that the Hunger Games films are more Harry Potter than Bella Swan.

The trailer, at least, bodes well: 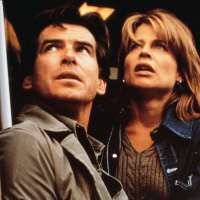